The Apartheid Museum opened in 2001 and is acknowledged as the pre-eminent museum in the world dealing with 20th century South Africa, at the heart of which is the apartheid story.

Book online and get instant reservation confirmation
Got Questions?
Contact our agents

The Apartheid Museum tour is something amazing and a suggested site to visit in Johannesburg.

Beginning in 1948, the white elected National Party government implemented the policy of apartheid which turned 20 million people into second class citizens, damning them to a life of servitude, humiliation and abuse. Their liberation in 1994, with the election of Nelson Mandela, the prisoner who became president, is a climax in the saga of a nation’s resistance, courage and fortitude. The Apartheid museum, the first of its kind, illustrates the rise and fall of the apartheid.

The exhibits have been assembled and organized by a multi-disciplinary team of curators, filmmakers, historians and designers. They include provocative film footage, photographs, text panels and artefacts illustrating the events and human stories that are part of the epic saga, known as apartheid.

A series of 22 individual exhibition areas takes the visitor through a dramatic emotional journey that tells a sad story of a state-sanctioned system based on racial discrimination and the struggle of the majority to overthrow this tyranny.

For anyone wanting to understand and experience what apartheid South Africa was really like, a visit to the Apartheid museum is fundamental.

The museum is a beacon of hope showing the world how South Africa is coming to terms with its oppressive past and working towards a future
that all South Africans can call their own.Content provided by the Apartheid Museum

It is not uncommon that visitors find the three hours inside the museum too short. We understand that, therefore our tour guides will try
to adjust the schedule to your liking.

Note: The Apartheid Museum is closed on Mondays.

History of the Apartheid Era

Arrive at the Apartheid Museum and listen to a short explanation of the museum exhibits.

Explore the museum at your leisure until it’s time to depart.

What do I need to bring 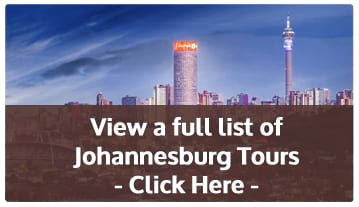 * Please note that any tour or safari booked through Viva Safaris do not qualify for any discounts or specials.

Thank you for submitting your review

Most Viewed Safari Packages in the last 7 days: