Broken by man, and then resurrected by man, the tale of the Pilanesberg is an epic story of geological clashes and destruction spanning millions of years, political struggles, environmental entrepreneurship, tremendously vast landscape architecture and ultimately, tourism success. Why not safari in Pilanesberg?

There is so much you do not know about South Africas fourth largest National Park and why you should safari in Pilanesberg.

So here are those 11+ reasons why you should go there and buy the T-shirt.

When algae was the only known living organism on earth, and volcanoes thousands of meters tall were all the rage, Pilanesberg got its start. Things are a bit more interesting for the current intelligent life forms, ie tourists, visiting the Park these days.

At Pilanesberg you can walk in the footprints of time, even if you end up walking in giant circles. This piece of land allows you the privilege of stepping into the past, 1.3 billions years in the past to be exact, and walk among the rings of a super massive 7000m tall volcano that collapsed on itself eons ago, after spewing molten lava for 1000 million years. Just again, this volcano was active for 1000 million years… It created layers of new rock formations now exposed by erosion and time. When you safari in Pilanesberg, you are moving amidst this piece of geological astonishment.

Pilanesberg – nature ‘put a ring on it…’

We don’t know if Beyonce has visited the Park yet but 1.3 billion years ago a process started that “put a ring on it”, more specifically, Pilanesberg is the only reserve set within the confines of an alkaline ring complex.

Pilanesbergs’ extinct volcano is so pretty artists have painted it, astronomers have photographed it, and you get to drive around in it

Did you know? Thomas Baines, a 19th century English artist painted the ring of hills of #Pilanesberg in 1869 on his way to Botswana. Baines is well known for his paintings and sketches detailing colonial times in South Africa and Australia. #beard A photo posted by Moarika Tours (@moafrikatours) on Aug 19, 2016 at 1:15am PDT

The crater formation created by the recurring volcanic explosions 1.3 billion years ago, and the collapse of the volcanic cone, led to the interesting circular formations that can be seen today, and which has inspired much documentation. Thomas Baines, a 19th century English artist painted the ring of hills of Pilanesberg in 1869 on his way to Botswana. Baines is well known for his paintings and sketches detailing colonial times in South Africa and Australia.

Whether an area is malaria free does impact on the plans of some travelers. As Pilanesberg is a malaria free park, one of the few that can boast the Big Five, it stands out from other National Parks in more high risk malaria areas where visitors need to take special precautions. More good news is that because of its location, it’s quite near to top notch medical centres in cities like Pretoria, Johannesburg and Rustenburg, should you have any medical issues. Another good reason to book a safari on special in Pilanesberg.

You get two biomes for the prices of one, wait what?

Lion checking the elephant pack on my back #Pilanesberg #Wildlife #SouthAfrica #TravelBlog A photo posted by Genaro Bardy (@naro1) on Aug 11, 2016 at 12:57am PDT

Biomes are large areas where plants(flora) and animals(fauna) have adapted successfully to exploit their surroundings like forests or deserts. Pilanesberg can boast two biomes, Arid Savanna that transitions to Moist Savanna. To be more precise, Pilanesberg sits between the dry Kalahari and the more moist Lowveld vegetation(bushveld) and because of this you get a really unique mix of animal life that you can focus that big camera lens on.

A cosy sanctuary for endangered animals

The Pilanesberg National Park, because of its unique location and geological significance, can support a wider variety of endangered animals than other parks of similar size, punching way above its weight class if you’re looking for a good spot to safari. This has meant that really cool animals like the black rhino, tsessebe, wild dogs, roan and sable roam the planes of Pilanesberg. What is a tsessebe? This is a tsessebe, found in the Pilanesberg National Park:

Pilanesberg National Park is the fourth largest Park in Southern Africa. We like big Parks and we cannot lie…

Established in 1977, the Pilanesberg National Park was not always a land of pristine wilderness. It was farmland in the 1950’s, and before that it belonged to the local Tswana speaking people of the area, the Bakgatla baKgafele clan under leadership of chief Pilane around 1850. From 1850 onwards, the Bakgalta land was carved into farms for white settlers, without compensation. After 1913, the white farmers land was slowly expropriated, with compensation, by the Apartheid government and the Bakgatla people were allowed to return, with the whole process lasting until 1960. David Beuster, the managing director of Agricultural Development Corporation (Agricor) which fell under the Bophuthatswana Department of Agriculture, raised funds for the establishment of the park in 1977.

Landscape designed and restored from the bottom up

Along with Lucas Mangope(who was later overthrown), head of the Bahurutshe clan, David Beuster of Agricor hired landscape designers to design the Park from the ground up. Farrell and Van Riet, Landscape Architects and Ecological Planners worked alongside Ken Tinley, a young visionary ecologist. Willem van Riet and Tinley were both big fans of Ian McHarg, a renowned American landscape architect. The two started by restoring the former ecology of the area, and realising their designs for the landscape.

You can visit The Rebel Park

The huge challenges faced by those who created the Park should be recognised as well, and if it wasn’t for their rebellious spirit, the park may not exist today. The fact that the 55 000ha park was designed by landscapers is ‘rebel’ enough, but the landscapers of the Pilanesberg, the two men who restored the Park to its natural state, Willem van Riet and Ken Tinley, aimed to create something different with the park than what had been known up to that time. They rocked the boat. In a report, they suggested the Park be used to sustain and empower local communities economically(a new concept at the time) and help to develop the region around them with tourism. Up to this point, conservation areas were viewed in isolation and not as engines of economy as large translocation of game and their subsequent sale, was not yet a reality. To create their vision, the area was cleared of all traces of man, areas where cattle grazed were restored to bushveld and 30 farmsteads were knocked down. The duo suggested in their report that animals be re-introduced in large numbers. They also rebelled against the way protected areas were managed at the time by suggesting trophy hunting in the park and making education on the environment a priority in the area.

You get to witness one of the grandest ecological experiments ever undertaken in Southern Africa.

In the 80’s, funding secured by businessman Anton Rupert from the International World Wildlife Fund led to the re-introduction of over 6000 animals into the park, amassing 22 species that were not found there, before that time. Since then the ecology of Pilanesberg has kept itself in check. The Park is known for its spectacular game viewing, as is evidenced by the Instagram photos snapped by those who have experienced Pilanesberg.

Take a drive in the halfway mark

TOUR SNEAK PEAK: 4-Star #Pilanesberg Safari #PilanesbergNationalPark , South Africa’s fourth largest game park, is situated in a crater in the Bojanala Region of the North West Province. This crater is the product of a volcano that erupted many millions of years ago. This extinct volcano has evolved to become one of the most fascinating landscapes for you to visit. For more info, click here: https://moafrikatours.com/tours/4-star-pilanesberg-safari/ A photo posted by Moarika Tours (@moafrikatours) on Aug 19, 2016 at 1:11am PDT

Smack bang in the middle of the volcanic crater, a crack occurred cutting the Pilanesberg in two which has since formed a valley which you can follow on Tlou Drive. Chief Pilane, what would he have said, now that the Park stands immovably, drawing tourists internationally and locally for a magical experience amid the valleys of an extinct volcano which hides Thorium? You’d be forgiven to think of Pilanesberg as some planet somewhere at the outer part of our solarsystem, but its right here, just a few hours from South Africas bustling Johannesburg. It is 55000 ha of secret, 55 000 reasons anyone who believes Kruger is the only park worth visiting in SA, is missing out. Check us out on Blogspot References: 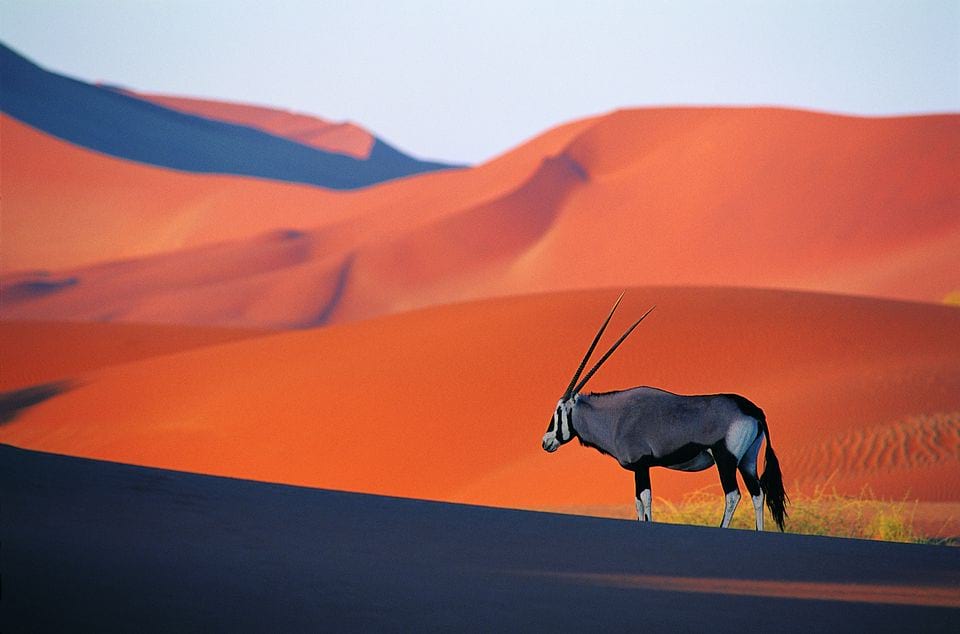 Planning a Tour of Namiba – Everything You Need To Know

Planning a Tour of Namibia… Everything You Need To Know 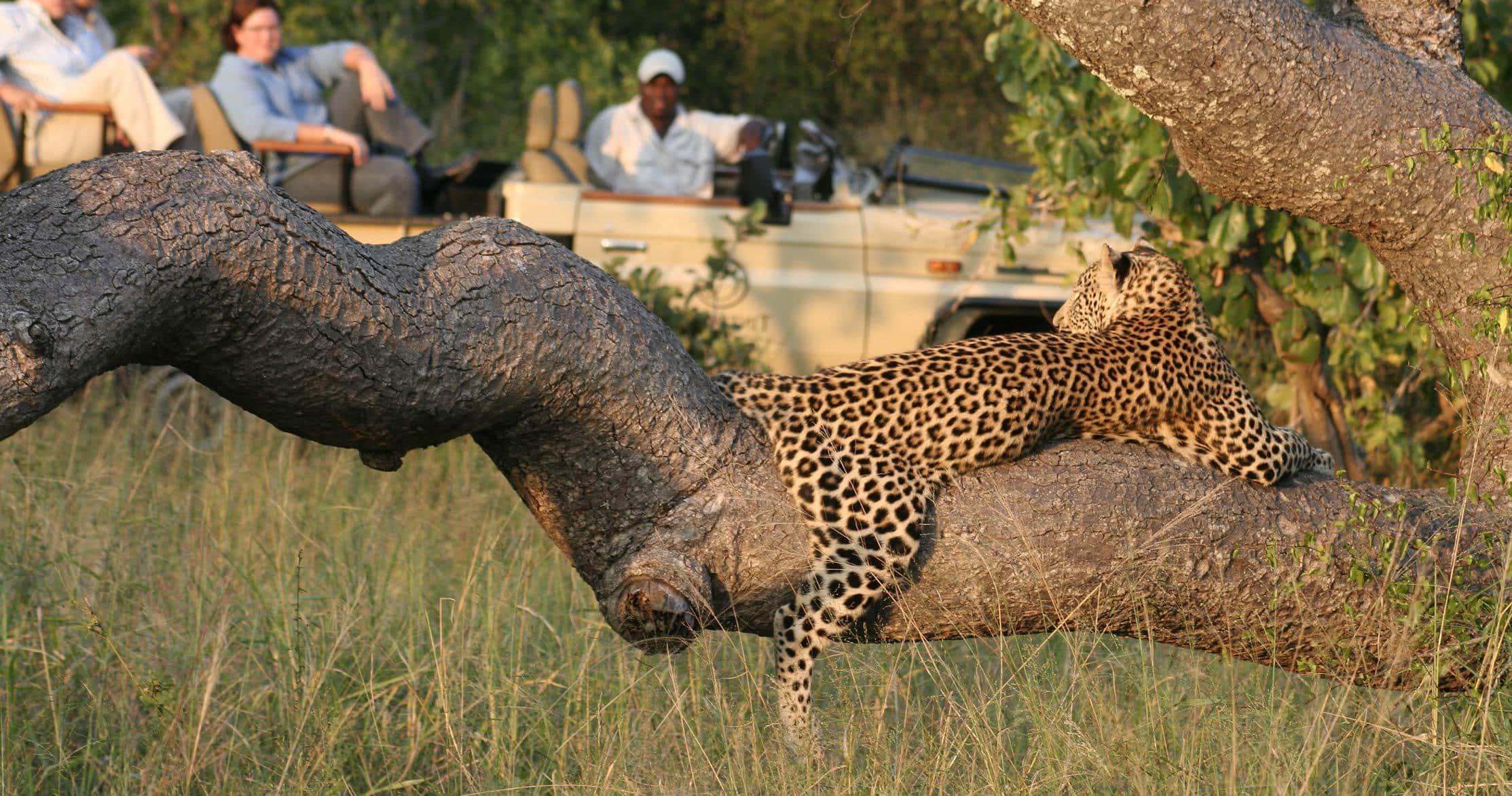 Everything a 1st Timer needs to know about the Big 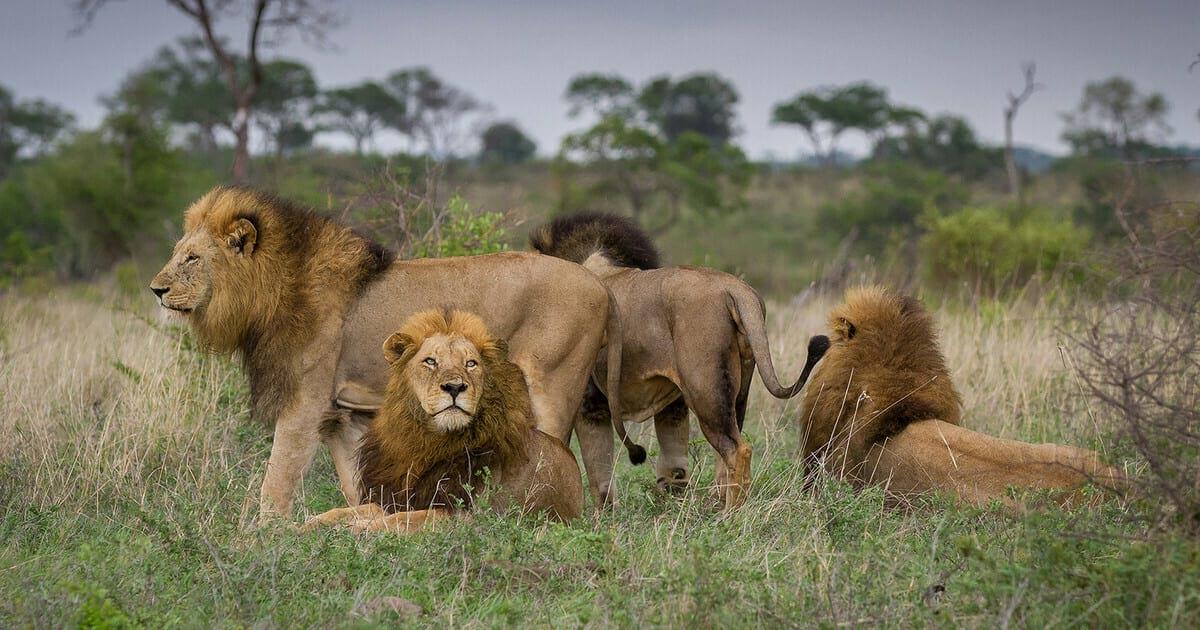 The world-famous Kruger National Park is the oldest Park in 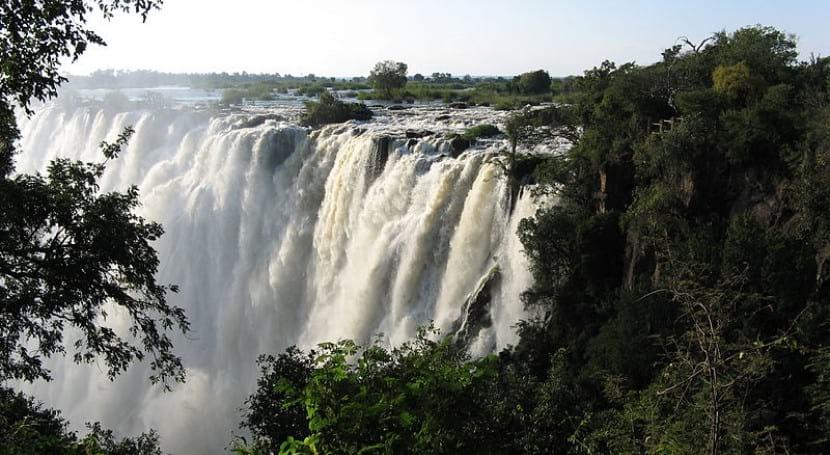 The Ultimate Victoria Falls Guide   Including Zimbabwe and Zambia 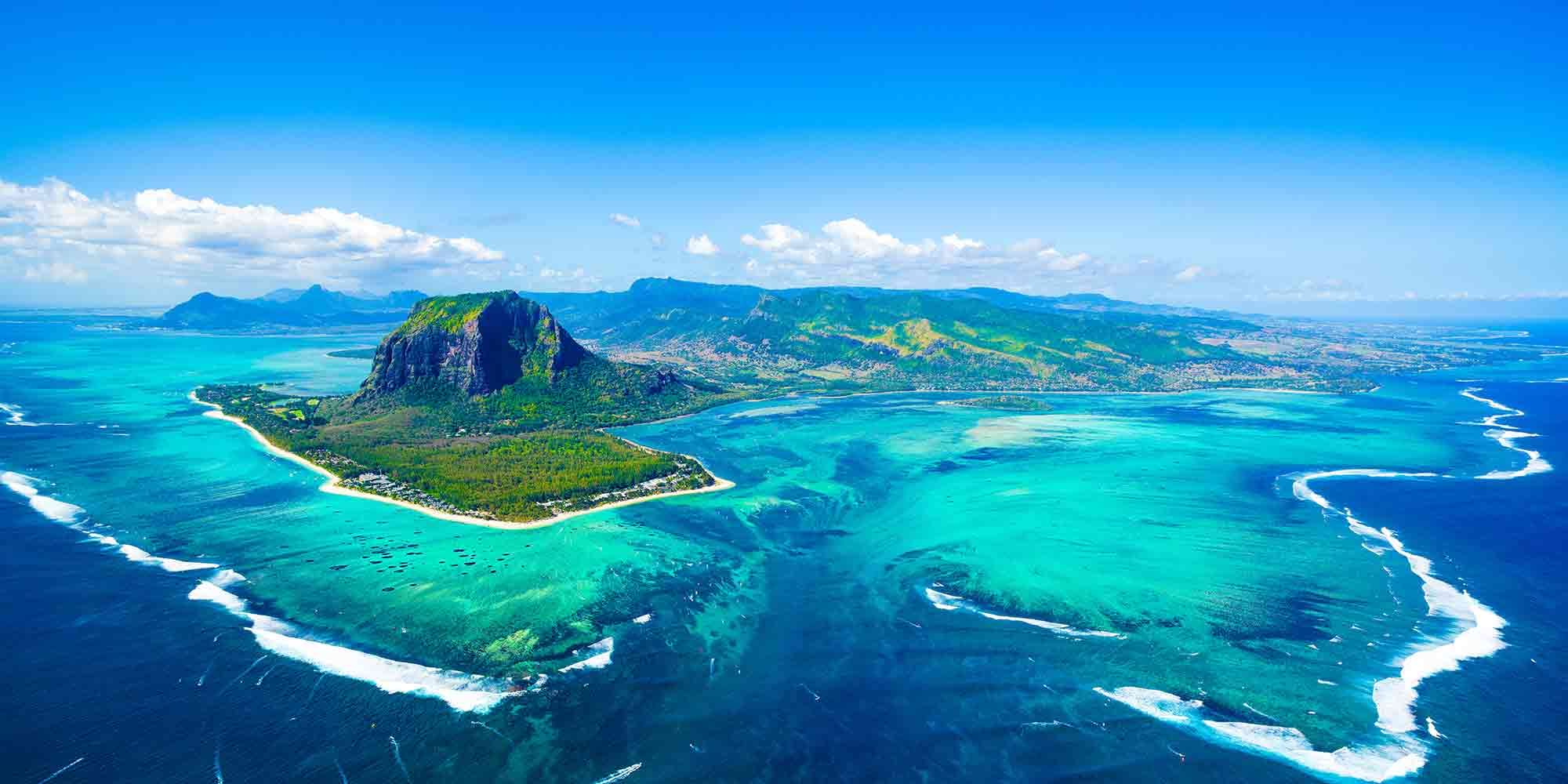 Best time to visit Mauritius and why?

When is the Best Time to Visit Mauritius and Why?